And the OTHER box will be out... 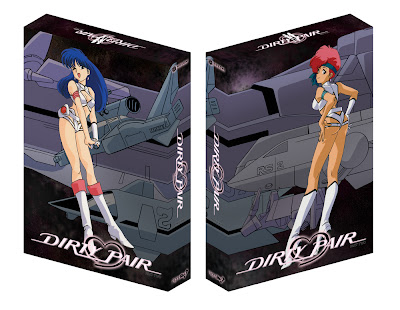 RightStuf has just recently announced the release date for the second disc box for the TV series:  1 February 2011!  This will include episodes 14 to 24 plus the two episodes originally published separately on cassette and laserdisc on 1 January 1987 as From Lovely Angels with Love.


(It might be pointed out that they will not appear in those uniforms, however, as those were the later designs used in the OVA series and Flight 005 Conspiracy.  The Angels will be in action wearing these slightly more conservative outfits...)

On my old blog (from 2006 - 07, R.I.P.), I reported on the FM Osaka radio series, Lovely Angel: Yuri & Kei, which was run in 26 weekly episodes during the last quarter of 2006, both in broadcast and Internet streaming modes.  The premise (as far as I've been able to make out from Japanese blogs), is that Kei and Yuri are singers from Japan who come individually to the U.S., meet each other, and decide to form a duo, Lovely Angel.  They travel across America on the transcontinental highway, Route 66*, and somehow end up assisting in some sort of investigation being undertaken by the FBI.  Each episode takes place in a city or town named in the lyrics of the much-covered song from 1946, "(Get Your Kicks on) Route 66".

*presumably not much later than June 1985, when the highway was officially decommissioned (it was opened in 1926 -- the interstate highway before the Interstate Highway System was legislated in 1956); by the 1990s, many stretches on this nearly 2500-mile road were no longer being maintained 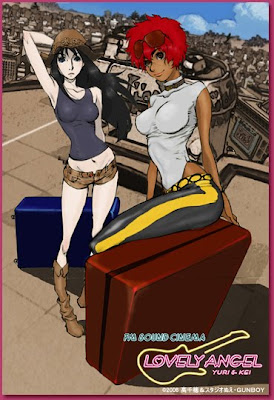 ♪ "It winds from Chicago to L.A. ..."
Not long after I had to suspend my site activities, FM Osaka ran a second series in 12 weekly installments of two linked six-week stories, written by Takachiho Haruka (the Lovely Angel series was not).  The series was called Daatipea91: Kunoichi**, which placed Yuri and Kei as eighteen-year-old ninjas-in-training in the Japan of 1791, where they become entangled in a political intrigue of the period, as well as a major culinary event in Nagoya, which included a visit from the French epicure and gourmet Brillat-Savarin***.
This series first ran in broadcast and streaming during the last quarter of 2007, and was repeated during the spring of 2009.
**a sort of double play-on-words:  91 MHz is the station frequency for FM Osaka, and the words ku and ichi are the numbers 'nine' and 'one' (the word kunoichi [a female ninja] is itself a kind of pun, in that three kanji and kana characters pronounced ku, no, and ichi comprise the three strokes for writing the character for 'woman')
***while he had departed France around this time of the post-Revolutionary turmoil, visiting Holland and the fledgling United States, it doesn't appear that he actually made it to Japan...  [Nagoya, incidentally, is Takachiho's hometown.] 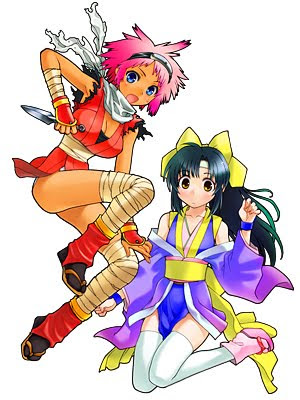 Both series were voice-acted by Horie Yui† (Yuri) and Minagawa Junko (Kei), both of whom have extensive credentials in anime and elsewhere.  Takachiho had a hand in selecting them in auditions for their roles.
†Horie-san wanted to become a voice actor in part from being a fan of the 1985 DP television series. 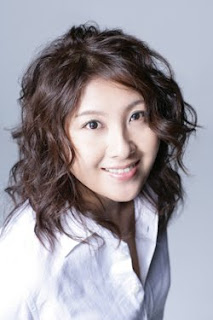 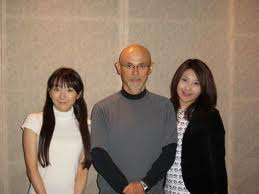 Takachiho Haruka with Horie and Minagawa in 2006
Posted by Nozmo at 1:23 AM No comments: 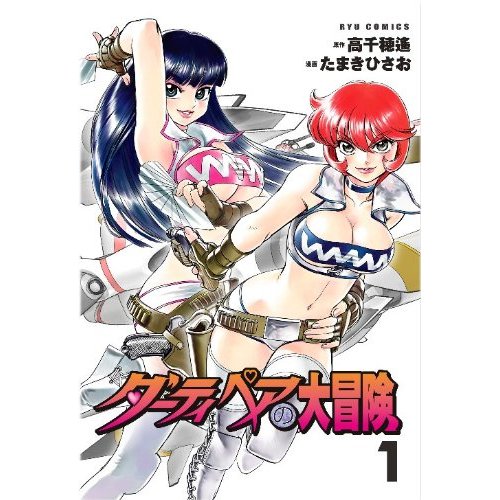 While the Daatipea no Daibouken manga series, written by Takachiho Haruka and drawn by Tamaki Hisao, continues to run in Comic Ryu (December 2010 issue out on the 19th), the first compilation volume was released on 13 October and is widely available online.  Shown above is Tamaki-sensei's cover.
Posted by Nozmo at 12:12 AM No comments:

Email ThisBlogThis!Share to TwitterShare to FacebookShare to Pinterest
Categories: manga

Interview with the Author 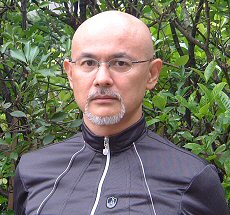 As part of its run-up to the 2 November release of the 1985 TV series on DVD, Rightstuf.com is running an interview with Takachiho Haruka (conducted with the assistance of Hagino Akana at Sunrise International).  It is to be run in four parts, with Part I having been posted on 6 October, Part II to be added on the 20th, and the balance in November.  (Part I also appears in Rightstuf's Fall catalog, which I just received today.)  Just click on the yellow tab on the Rightstuf page I've linked.

[Photo, from 2006, taken from Takachiho's page at the Science Fiction Writers of Japan site]
Posted by Nozmo at 12:00 AM No comments: