Well, yes, the Lovely Angels has popped up in cameos in anime series all over the place, either as themselves, or with slight disguises (to say nothing of the numerous redhead-bluehead female character duos over the years).  So why not one more?  Here's a Japanese blog page noting some interesting costume selections available in Virtua Fighter 5 (go there for more pix!). 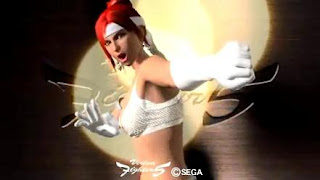 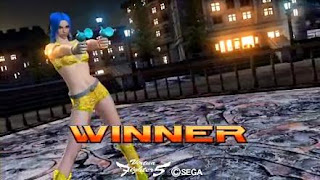 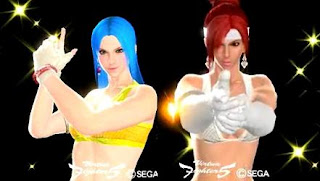 "MasterLupin03" recently unearthed some of his videocassettes* and uploaded to Youtube a couple of sketches from the early days of anime conventions, featuring the fabulous Forrester Sisters**, Lauren (as Kei) and Leslie (as Yuri), and, on the same bill, Lisa "Honey-chan" Nelson (Kei) and Beth S. (Yuri), at the 1991 AnimeCon:

They also appeared in a segment of a 1993 Japanese TV show, apparently called Naruhodo The World.


*OK, I know some readers are gonna say, "Videocassettes?!  Oh yeah...  I heard o' those...  How old are you again?"
**not the contemporary performers: they're 'one-R' Foresters...
These are from the days when American anime fandom was becoming large enough to need to break away from their niche in science-fiction conventions and have their own gatherings (many of which are now easily as big as the biggest SF cons).  Translated video was still pretty hard to come by then, but DP could cross the metaphorical bridge across the Pacific, since the series wasn't heavy on dialog, had lots of action, and few storylines where details of plot hinged on subtleties of language.

That ease of transoceanic transition made it one of the series that American fans, starting in 1986, could pick up on easily.†  Many of those fans went on to found companies that brought over and translated more anime -- a process that soon underwent runaway growth.  It also led to DP continuing to be a perennial in anime catalogs for 25 years†† (thus far, as witness the blog entry below for 2 July...).

†Soon afterwards in Europe, DP was dubbed for French television (as Dan et Danny) in 1989 and into Italian (as Kate e Julie) in '92.

††if you start counting from listing of fans "duping" VHS tapes...  (yeah okay, I am old -- you gotta problem wi'that?)


Here's some pix -- the Forresters above, Beth and Honey-chan below them: 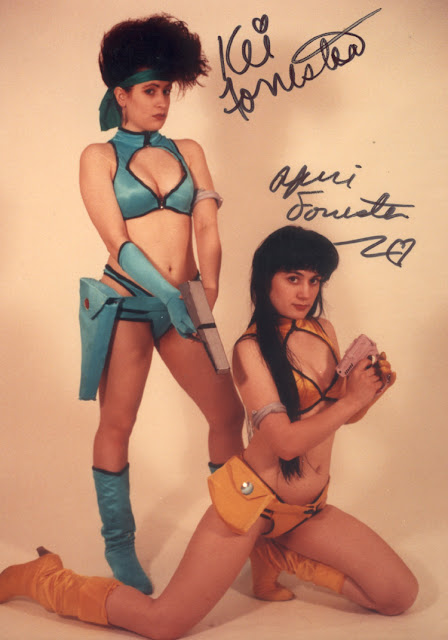 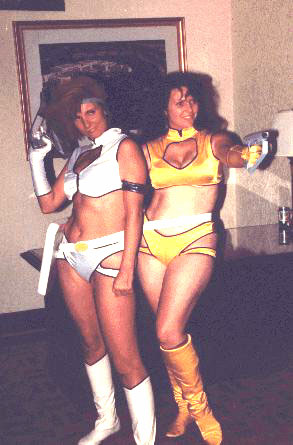 Email ThisBlogThis!Share to TwitterShare to FacebookShare to Pinterest
Categories: cosplay

The Tamaki Hisao manga adaptation of Daatipea no Daibouken has concluded its run in Comic RYU with the July 2011 issue.  The second story, Inakamono Satsujin Jiken, had begun last
November; the series started in the May 2010 issue.


There is a second compilation volume for the series which will be out on 13 July (I will post a scan of the wrap-around cover when I have the book in hand.) I believe there will be a
third volume as well, in order to cover all the installments (each was typically 32 pages).


Update (15 July): The second story is covered completely in the second (fairly long,
compared to most compilations) volume, which found its way to me very rapidly.


Update ( 2 August): It may be helpful to some folks viewing this entry, to judge from
comments on other blogs, to give the ISBNs for the two volumes --

Email ThisBlogThis!Share to TwitterShare to FacebookShare to Pinterest
Categories: manga

Sorry to have been away for so long...

RightStuf announced at AnimeExpo 2011 yesterday that it has acquired:

the Classic OVA series;
Project E.D.E.N.  (which they plan to release with both the 1994 Streamline and 2003 ADV dub tracks!);  and
the Flash OVA series.

Specific dates have not been given, but the intention appears to be that all of these will be released in 2012...  (The full video of promotional announcements for all of the titles acquired is here .) 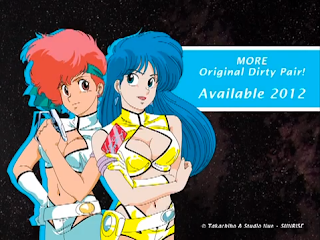 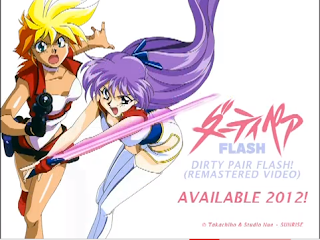