At the recently concluded Summer 2011 Wonder Festival (or WonFes 2011S), CM's Corp* displayed 1/6-scale Classic DP figures, specifically the "TV version" (no release date or price was given).  What is unusual about these is that they have articulated joints, making them "poseable"!  The set will also apparently include a somewhat diminished Nammo (making this, I believe, unique) and a greatly reduced Mughi as companion figures.  The only other articulated figures ever made available (at least commercially) were the 6" pair, based on the comics version, designed by Eightball Studios back in 2003.  [Thanks to JDennis007 for giving me the heads-up on this.]

*these are so new, they're not even on the group's site page yet; you'll find them on their blog 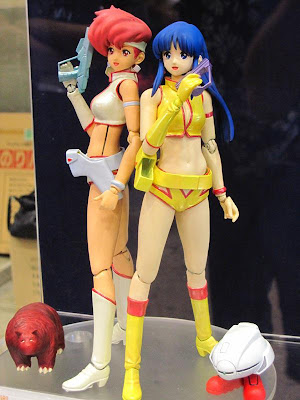 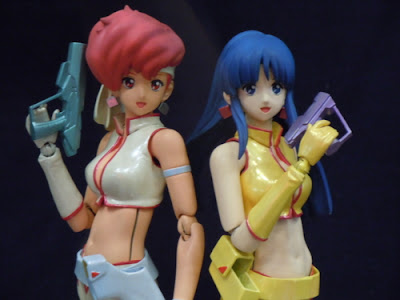 If we then cast our minds back to the previous WonFes (Winter 2011), we find a different 1/6-scale Classic pair, these executed by "Chinnen-san" (and sorry, but I've only been able to locate the one tiny pic thus far).  They appear to be based on a promotional illustration that was made for the 1994 laserdisc box of the 26 "TV episodes" and the 10 OVA episodes (a poster image is shown here); the illustration was also printed on a banner (shown below), presumably available in one of the giveaway lotteries often held by the anime magazines. 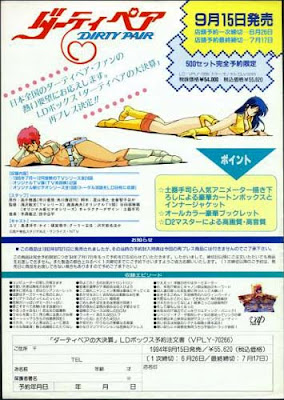 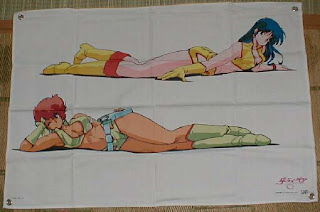 ...and I suppose we may forgive the anatomy here,
which makes the Angels around a dozen heads high.
At that same WonFes, FrameOut Models displayed a 1/220-scale model of the TV version of the Lovely Angel, 16 cm. (over 6") in length and having a 30 cm. (nearly one foot) wingspan.  (I will have to dig up the images I found of the roughly one-meter wingspan model of this ship that was presented at conventions several years back...) 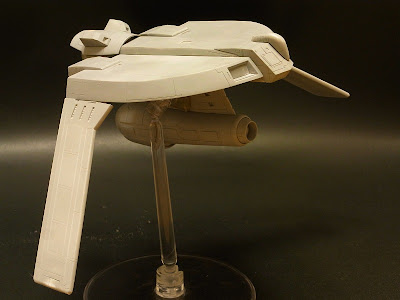 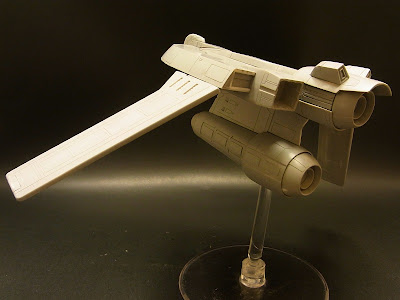